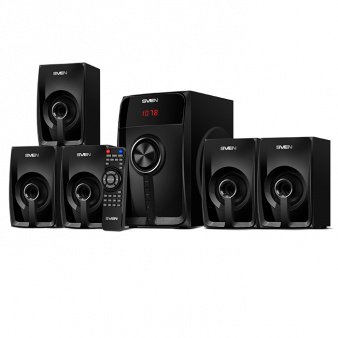 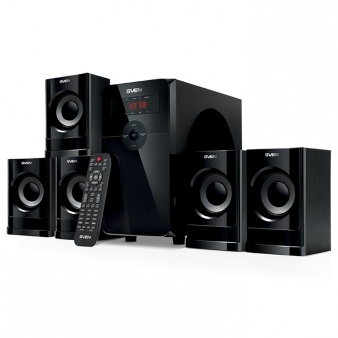 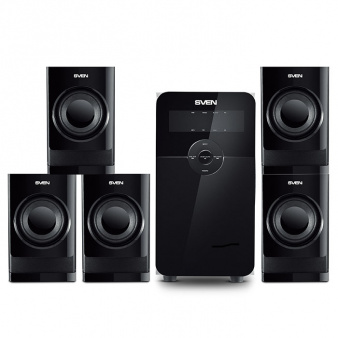 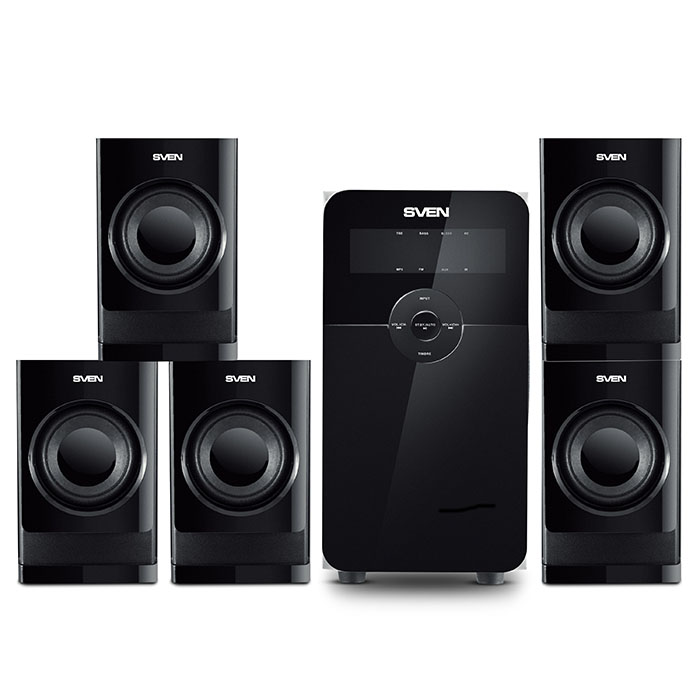 SVEN Company presented SVEN HT-200 5.1 speaker system. This speaker system operates harmoniously and precisely as if it is a real symphony orchestra. You can control the model with the help of a full-function remote control. Twenty seven buttons make it possible to set the system to playback one or another signal type (movie, music, FM radio), as well as to control the volume level, to set time on the built-in clock, to turn on Sleep or Stand By mode. Placing of the system components in accordance with the recommended diagram creates the maximum bright “surround sound” effect. If you wish or in order to save free space, satellites can be hung on the wall – a mounting set is supplied with the system.

The subwoofer and each satellite reproduce a sound track sensitively, conveying the natural sounding as much as possible. If a track has not been subjected to computer processing, then you can hear the surrounding world in it: the exultation of audience or sounding of separate musical instruments. The built-in processor, which transforms stereo signal into 5.1 format, is very useful to watch movies from a computer, because the audio signal is “distributed” for 6 channels and provides the effect of the total immersion.

Apart from the above mentioned, SVEN HT-200 has several features, which provide the self-sufficiency of the speaker system from a PC. A record player of audio files is built in the subwoofer, which reads the sound from SD cards and flash memory cards, as well as the radio set and clock are also built in the subwoofer. There are two stereo inputs and 5.1 input to connect DVD player or 5.1-channel sound card on the rear subwoofer panel. All options incorporated in the system can be controlled both with the remote control and from the control panel.